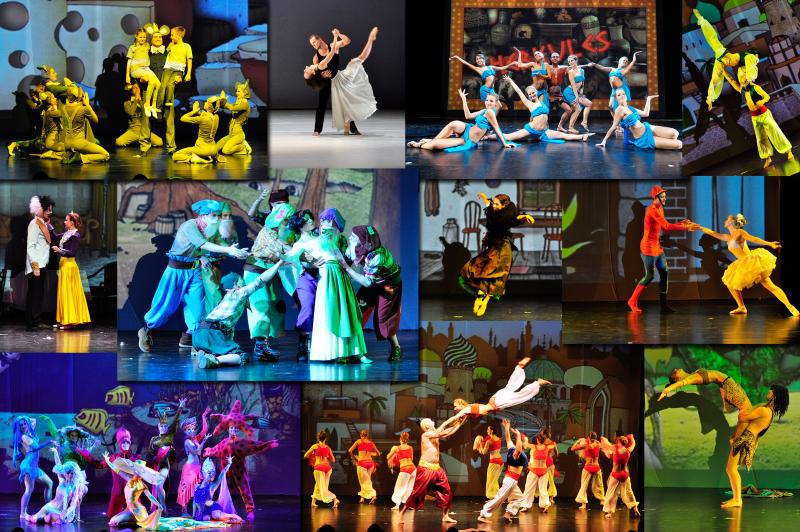 Two-Act Dance Show of the UP Dance Team

The premiere of the show was on the 19th September 2013 in Kodály Centre, Pécs (Hungary). All the latter performances were sold-out, too, both in and outside Pécs. Therefore up to now it captured the hearts of thousands of its younger and older viewers with its sparkling cheerfulness, vibrant tension, touching and amazing moments.

The 35-member cast personalizes 200 happy tale heroes during the performance. In the 40 tale scenes the stories are sometimes woven a bit differently than originally, other times new figures step in or the heroes of two tales meet, by leading the audience into the world of tales. An enthralling, real family dance show was born with the help of theatricals, the colourful palette of music and dance, the more than 100 kinds of costumes and the  projected scenery presenting the pages of a giant storybook, which is rich in spectacles and emotions and promises an unforgettable experience for every generation with its touching story and magical visuality.

You can the short video of the show here:
http://www.youtube.com/watch?v=AJAy61by4U8&list=PLFwC6oFrSS0YNd0apohg08CTYUM1UNm2U

The performance connected to the UP Fabulous... charity campaign, in which thousands of preschool and elementary school children and their parents got to know more about the importance of the valuable time spent together in families, a tool of which can be everyday story-telling. 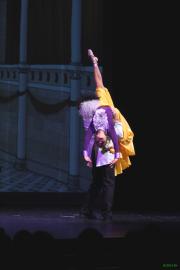