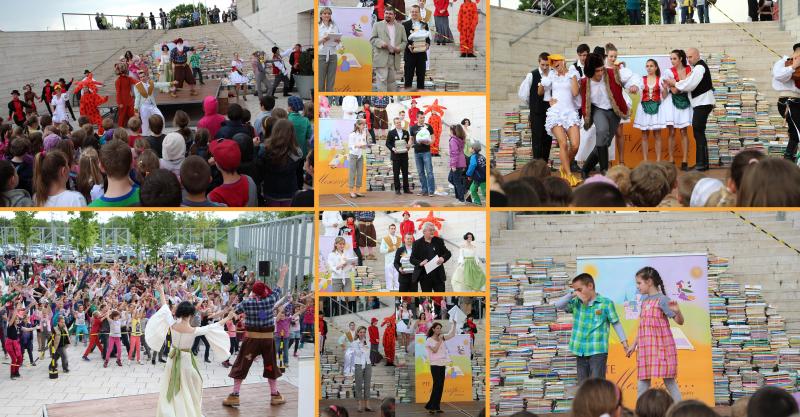 Onethousand and One Fabulous... Moments

The Fabulous… charity campaign ended but magic goes on…

The charity campaign of the University of Pécs, called Fabulous... ended on the 29th April 2014 with a monumental event. It started in September 2013 in order to emphasize an important social anomaly with the greatest concern on the rising generation.

The main message of the campaign is that families sholud handle the emotional development of children with much greater care. At the campaign stations the tales read from story-books were in the focus and were offered for parents and teachers as useful means. It is important for the University of Pécs that apart from bearing adequate knowledge our students should also be well-prepared spiritually and give positive answers to social challenges.

During the 8 months the welcome of the series of events was more positive than expected. Due to that the previously locally planned campaign became nationally well-known and could get to places where more and more people joined us who felt the importance of our message. Therefore the originally 22 campaign stations expanded to 30, the 39 story-book collecting places to 45, the 14 story-tellers to 17. Institutions, organizations, private persons, firms joined the program and the media, cultural institutions, and hypermarkets started similar initiations.

The story-book collecting action called „Only one book because tales are fabulous” was also extremely successful: donations arrived from different points of Hungary. Beautiful story-books were sent from outside the country and even the continent. We are most proud of our Slovak and Vietnamese books. At the end of the campaign 3500 story-books were donated to the schools and kindergartens previously visited.

Although the campaign ended on the 29th April the magic of Fabulous… lives on in the project and in the hearts and souls of the children and of those who were reached by the initiation.